2016 was a year to remember: we saw our events grow in popularity and introduced new events. Here's a month by month look back on some of our highlights for the year. 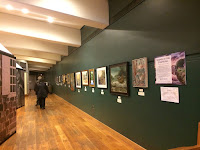 Embarking on what we hope will become a yearly tradition, we hosted a dinner that was at once a fundraiser and a celebration of the Schuylkill River. Over 100 of our members, partners and supporters attended An Evening for the Schuylkill River at Sunnybrook Ballroom, enjoying delicious food, fun raffle items and great music. We recognized two of our key partners, PA DCNR Secretary Cindy Dunn and the management of Exelon Generation. We plan to carry on this successful event, moving to the Abraham Lincoln Hotel in Reading this March.

April: SRT Ale Returns with the SPREEkend and... 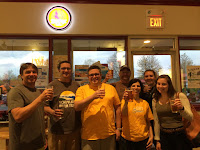 We partnered with Sly Fox Brewery to celebrate the return of SRT Ale with a full-slate of activities over Earth Day weekend dubbed the SPREEkend. A series of trail cleanups, a group kayak paddle, a popular 50K Schuylkill River Trail Relay Race, and an incredibly fun Spreekend Festival were among the highlights. Most notably, a total of 66 volunteers assisted in three trail widening and cleanup activities, removing over 60 bags of trash and working a combined 132 hours. And two other Spreekend cleanups were held in Phoenixville and Norristown in which another 80 volunteers participated. 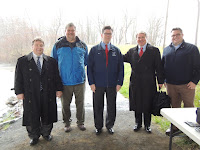 On a rainy April day we gathered with Schuylkill County officials to cut the ribbon on the new Auburn Trailhead, which features benches, signs, and parking for 15 cars. It is an access point for a 0.8 mile section f the Schuylkill River Trail and a new water trail landing.


May: Pottstown RiverWalk and... 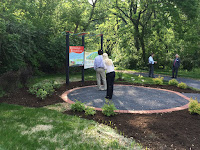 We cut the ribbon on our long-awaited Pottstown RiverWalk, a new recreational and educational amenity at Riverfront Park that creates a one-mile loop through a wooded area and along the river. It is highlighted by a series of interpretive signs focusing on the region's natural environment. 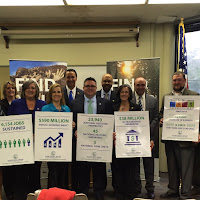 We also released the results of a new Economic Impact Study that found the historic and natural features of the Schuylkill River Heritage Area annually generate $589.9 million in economic impact for the Schuylkill River Region. The findings came from analysis by Tripp Umbach, a nationally recognized consulting firm, which also found that the Heritage Area supports 6,134 jobs and generates $37.7 million in state and local tax revenue, primarily as a result of tourism related activities. 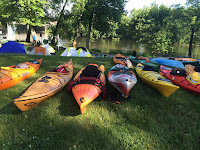 During the 18th Annual Schuylkill River Sojourn we took 205 paddlers down the river, with a record breaking 79 making the full trip from rural Schuylkill Haven to Philadelphia's Boathouse Row. Sojourners came from nine states and New Zealand. Our program theme celebrated the Centennial of the National Park Service. We also had our first Sojourn Steward on board. Bradley Maule was brought on by the Schuylkill Action Network to photo document his trip and litter problem areas. 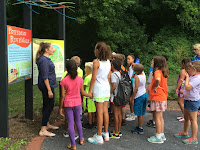 We hired a new education coordinator, Sarah Crothers, who developed the Schuylkill Explorers program to engage children in hands-on learning about the river and the importance of watershed conservation. The program was offered to area summer camps and student groups over the course of the summer, helping over 160 students foster an appreciation for nature. 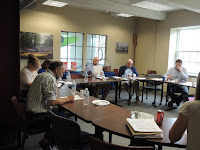 Throughout the year, we worked with consultants Schultz & Williams to develop a new Strategic Plan that will lead our organization over the next decade. In July, we sought input from the public at three meetings in Schuylkill Haven, Reading and Manayunk that were well attended and produced valuable feedback. The new plan is expected to be approved next year, and will guide us as we refocus our efforts on connecting people to the Schuylkill River. 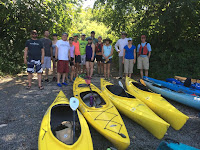 Over the course of the summer we held a total of six Pedal & Paddles that took 95 people on bike rides along the Schuylkill River Trail and kayak trips on the river and a tour of a historic site. This year, in addition to touring Historic Morlatton Village, we also took one group to Lock 60 of the Schuylkill Canal. Another group participated in a water quality event that included water testing and a discussion on river health. 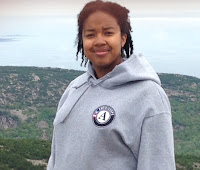 We welcomed our newest VISTA worker, Tiara Campbell. Tiara will be serving for one year as our Trail Sustainability Coordinator. Her tasks include starting a Heritage Corps trail sustainability and job training program and establishing a community garden initiative in Schuylkill County. Learn more about Tiara's initiatives

September: Ride for the River and...

On September 24 we debuted Ride for the River, a bike ride along the Pottstown-to-Reading section of the Schuylkill River Trail that attracted over 300 cyclists who rode a 16- or 40-mile route. The ride began and ended at the Sly Fox Can Jam Festival, where Sly Fox Brewing Company presented us with a check for $4,711 to benefit the Schuylkill River Trail. The money was culled from the sale of SRT Ale, bringing to almost $9,000 the funds raised over two years from the "Ale for the Trail." 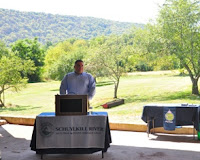 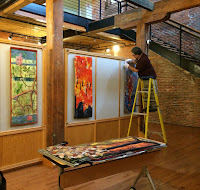 We were pleased to host "Piecing Together a Changing Planet," a National Park Service traveling exhibition of art quilts themed around climate change. Over 1,000 people viewed these unique works of art while the show was on display at Montgomery County Community College west campus gallery. This exceptional exhibit has been traveling to 10 different National Parks and partner sites since 2014.


November: A Book Signing and... 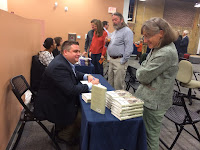 We regretfully bid farewell to our Executive Director Silas Chamberlin who stepped down in October to accept another position. However, he returned in November for a lecture and book signing for his new book, "On the Trail: A History of American Hiking." About 40 people came out to learn about the fascinating history of trails and hiking.


...13th Annual Scenes of the Schuylkill

Our Scenes of the Schuylkill Art Show entered its 13th year in November, with a record number of artworks--98 original pieces of regional art inspired by the Schuylkill River region. This year, we were pleased to have as our juror Carrie Robbins, Curator/Academic Liaison for Art & Artifacts, Special Collections and lecturer, Department of History of Art at Bryn Mawr College. Robbins selected the winning entries from 127 submissions. 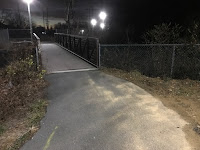 Work crews installed a series of LED lights along the Thun Section of the trail between Old Wyomissing Road and the Reading Area Community College pedestrian bridge. The 10 lights replace existing solar lights that were no longer functioning properly. The new LED lights improve visibility and safety for the many people who use that section of trail after dark to commute to and from Reading.


What else we did 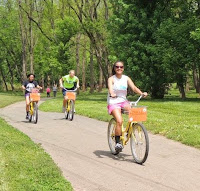 Posted by Schuylkill River Heritage Area at 8:42 AM