The Schuylkill River's days as Pennsylvania's reigning River of the Year are fast coming to an end. We enjoyed having the Schuylkill in the limelight. Ever since our favorite waterway was named the state's top river, following a public vote last December, we did all we could to promote and celebrate that honor. Here are a few of the ways we celebrated: 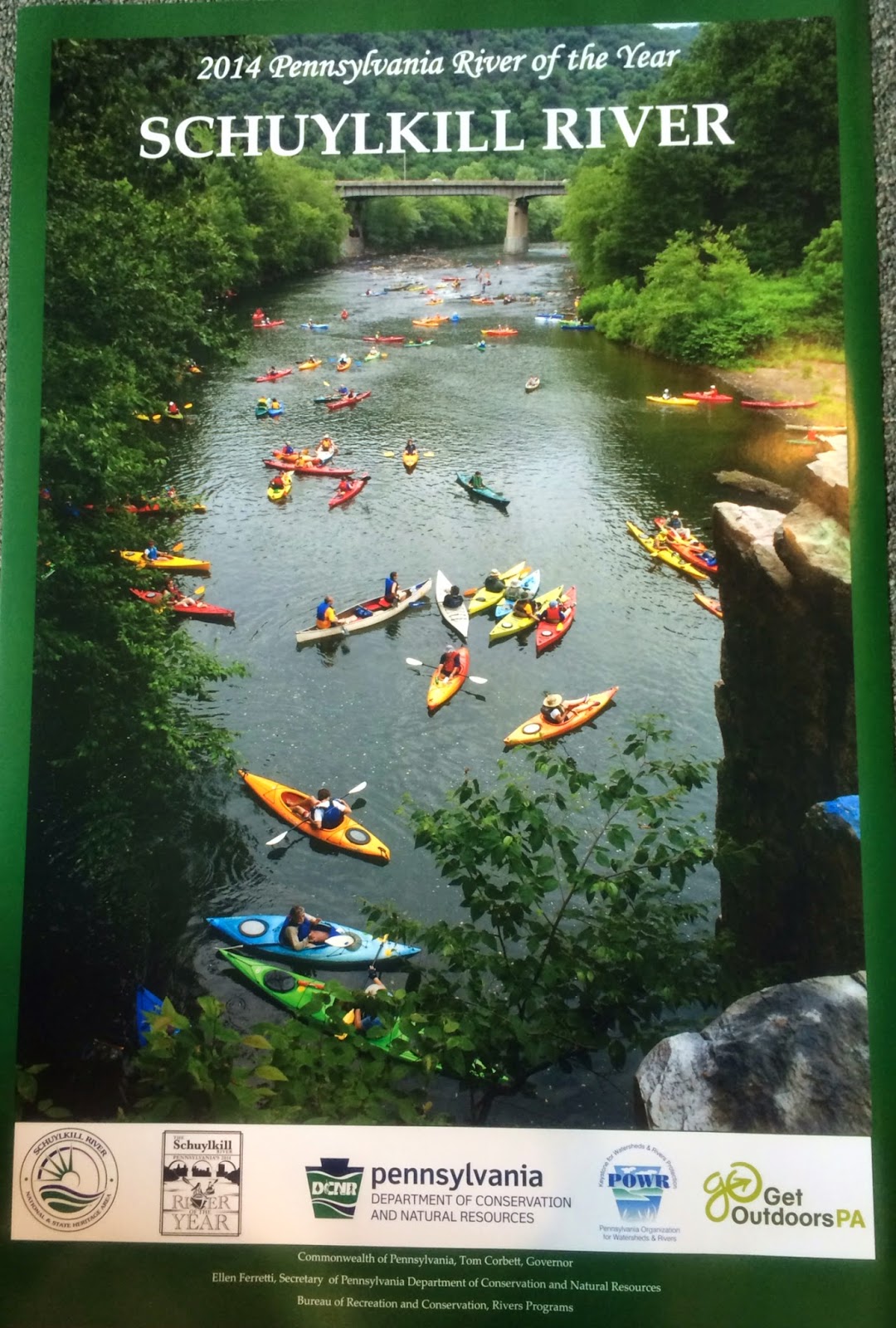 We gave out posters!! The River of the Year program is sponsored by the PA Dept. of Conservation and Natural Resources, and the River of the Year designee gets 1,000 posters to hand out for free. The poster, shown above, features a photo taken during our annual Schuylkill River Sojourn. We like it because it depicts the fun side of the river! 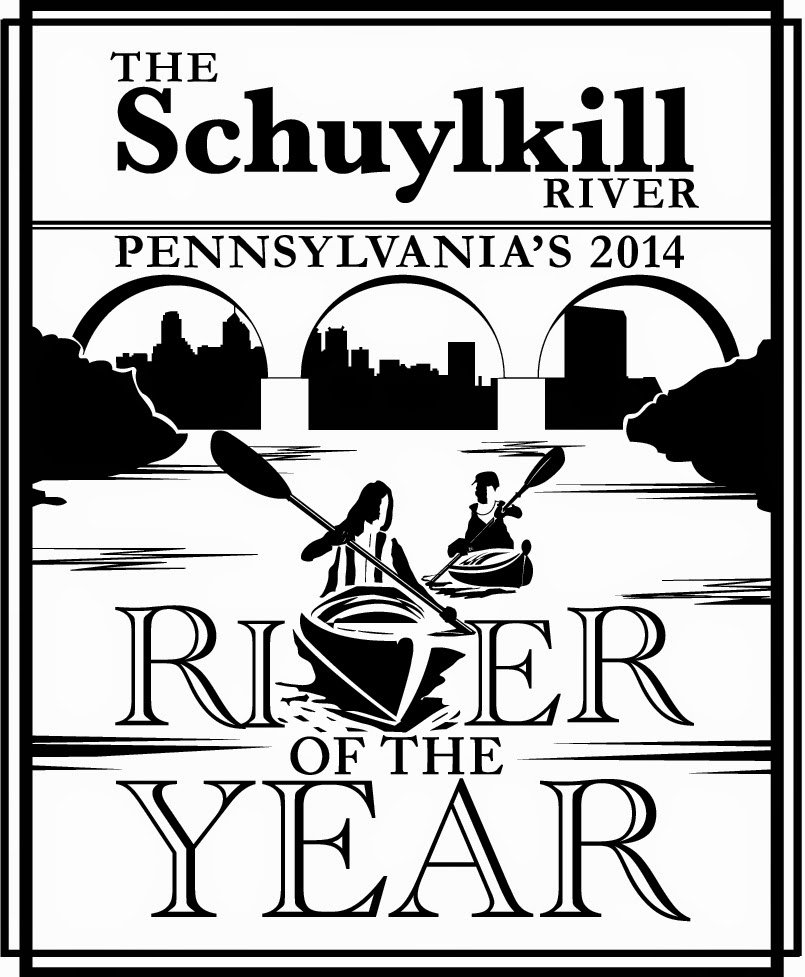 We Celebrated During our16th Annual Schuylkill River Sojourn. This year, all the programming for the Sojourn focused on the Schuylkill as River of the Year. At each lunch and evening stop paddlers heard presentations about the river's history, environment or recreational opportunities. We also had this cool graphic (labove) designed for us by graphic artist Laura Mikowychok Smith and we used it on our sojourn T-shirt.

We Accepted Resolutions: The Schuylkill River was honored by numerous public officials. Berks, Schuylkill, Montgomery and Chester County Commissioners all presented us with resolutions recognizing the River of the Year. And Gov. Tom Corbett kayaked on the river and visited our offices, delivering four Governor's Oak seedlings from a tree at the Governor's mansion in Harrisburg. The seedlings were to be planted along the river. We presented them to four river communities: Manayunk, Pottstown, Reading and Schuylkill Haven. 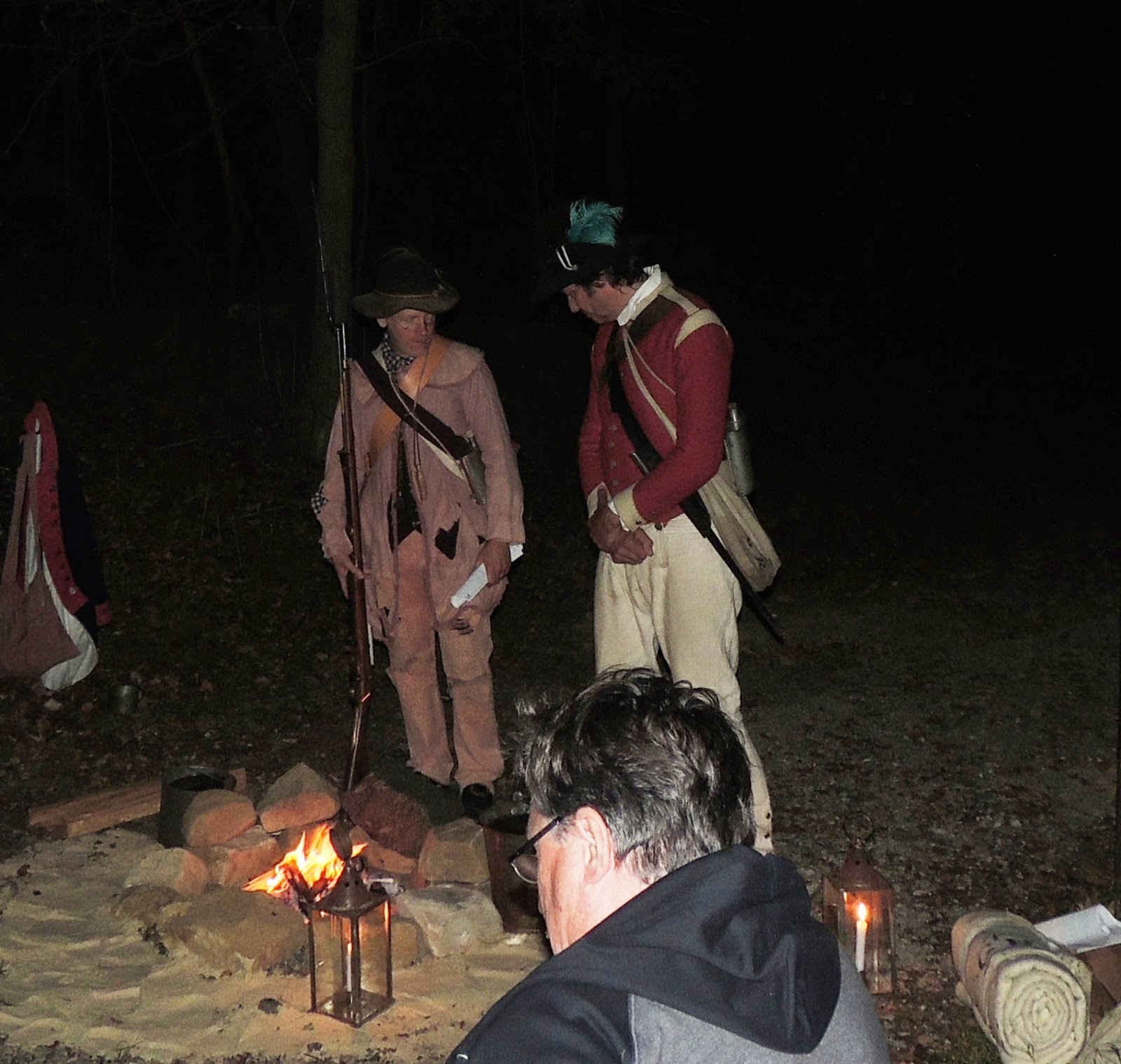 We held special River of the Year programs: We started with a book signing by Chari Towne, in Schuylkill Haven. Her book, A River Again, tells about the Schuylkill River Project which dredged millions of tons of coal silt from the river in the 1940s. We held a really cool campfire presentation at Valley Forge National Park (above), about the river during the Revolutionary War. We sponsored two inspiring talks by Philadelphia author Beth Kephart, who wrote Flow: The Life and Times of Philadelphia's Schuylkill River.  And we held a free community screening of the film DamNation, about the environmental impact of dams. 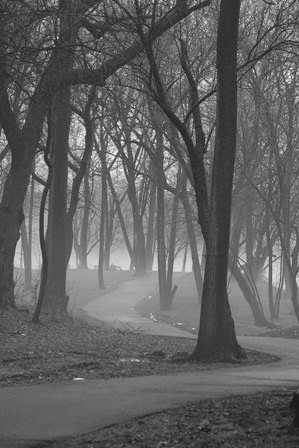 Posted by Schuylkill River Heritage Area at 1:08 PM No comments: