2017 was a new beginning for us. We changed our name, adopted a new logo, hired a new executive director and, most importantly, we renewed our commitment to completing the Schuylkill River Trail and connecting people to the Schuylkill River. Here's a month by month look back on some of our highlights for the year. 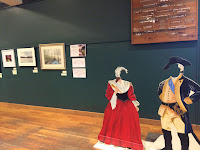 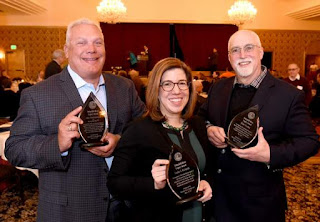 Over 100 of our members, partners and supporters attended our 2nd An Evening for the Schuylkill River at the Abraham Lincoln Hotel in Reading The evening featured delicious food, fun raffle items and great music in a historic setting. During the event we recognized three of our key supporters: (pictured above l to r) Sly Fox Brewery owner John Giannopoulos, PennDOT Secretary Leslie Richards, and Schuylkill River Water Trail Guide designer Brian Swisher.
April: SRT Ale Returns with the SRT SPREE 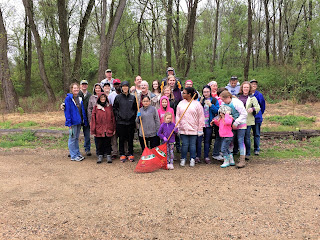 The seasonal SRT Ale returned for its third summer with the SRT Spree on Earth Day. As part of our Spree celebration, we organized three trail cleanups in Pottstown, Douglassville and  Mont Clare. A total of 90 volunteers spent a combined total of 63 hours sprucing up the trail for spring by picking up litter, pruning overgrowth, raking, weeding and cutting back invasive plants. The trail was better all season thanks to them!

May: Our New Executive Director and... 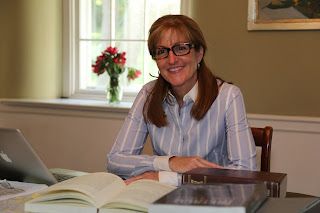 On May 15, we welcomed Elaine Paul Schaefer as our new Executive Director. Elaine is an attorney who served on the Radnor Township Board of Commissioners since 2010. In 2016 she ran for state representative for the 165th district. Prior to taking the Radnor Township post, Elaine co-founded the Radnor Conservancy, where she held several titles including president of the board of directors and executive director.
...Our 6th season of Pedal & Paddles 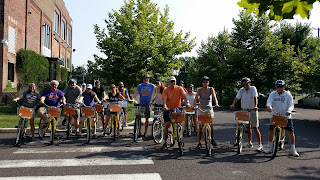 Our Pedal & Paddle events continue to be popular. For 2017, we held five events from May through September. Those include two that focused on water quality monitoring, two that featured tours of historic Morlatton Village and one that took place at Lock 60 of the Schuylkill Canal. Each event offers a mix of education and recreation that aims to foster a sense of stewardship for the river and the trail. 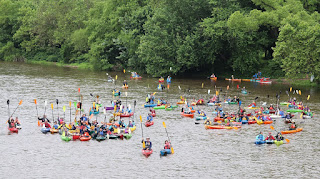 During the 19th Annual Schuylkill River Sojourn we took 221 paddlers from 12 states down the river, with 70 making the full trip from rural Schuylkill Haven to Philadelphia's Boathouse Row.  Our program theme titled "I Protect the Schuylkill River,"  focused on river conservation. Sojourn Steward Sarah Chudnovsky was brought on by the Schuylkill Action Network to test water quality at each stopping point. Her tests revealed positive indications of river health. 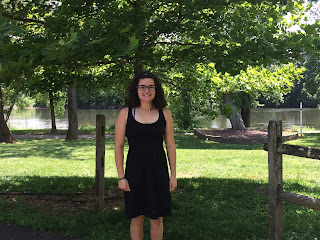 In June, we hired Samantha Walters as our Summer Fellow. She was one of 23 fellows hired by the 23 different centers that make up the Alliance for Watershed Education (AWE) of the Delaware River. Samantha was tasked with increasing our engagement with river and trail users, and she did a terrific job. Over 12 weeks she established the Schuylkill Climateers, a group aimed at young people interested in learning about and improving the local environment. She hosted several riverside and trail cleanups and finished with a paddling trip that engaged participants in water quality testing. Next summer, we expect to have two summer fellows who can continue the work Samantha started.


Education coordinator Sarah Crothers continued to build up the Schuylkill Explorers program. The program was offered to area summer camps and student groups over the course of the summer, helping over 360 students foster an appreciation for nature. She also partnered with the STRIVE Initiative, Hopewell Furnace National Historic Site and Centro Cultural Latinos Unidos in Pottstown to create the awesome Stay Active video (above). STRIVE created the video using lyrics contributed by the children. 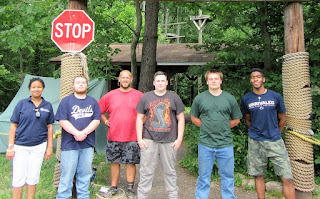 Our AmeriCorps VISTA member Tiara Campbell (pictured far left) organized a 5-member Heritage Conservation Corps composed of four youths aged 16-20, with one adult supervisor. They worked for five weeks in June and July on a Schuylkill River Trail project in Schuylkill County. Utilizing an old rail line with an existing stone surface, the Corps cut back shrubbery and installed fencing to create a new 1.4 mile section of trail. They also worked on an community garden project in Mahonoy City. 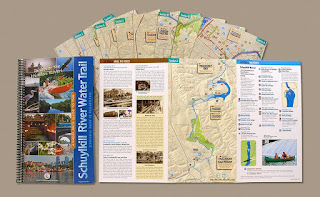 "A Paddler's Guide to the Schuylkill River Water Trail," which we published last December, earned two commendations from the British Cartographic Society. The guide's designer, Brian Swisher, traveled to England to accept the awards, which recognize excellence in thematic and printed mapping! Judges described the guide as "A thorough, usable guide for planning and executing a trip along the river." 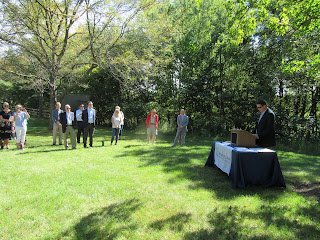 
September: Ride for the River and... 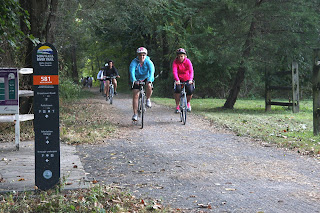 On September 30 we held our 2nd Annual Ride for the River, a bike ride that both benefits and takes place along the Schuylkill River Trail. Over 300 cyclists rode a 16- or 40-mile route between Pottstown and Reading. The ride began and ended at the Sly Fox Can Jam Festival, where Sly Fox Brewing Company presented us with a check for $4,711 to benefit the Schuylkill River Trail. The money was culled from the sale of the seasonal SRT Ale, bringing to $12,000 the funds raised over three years from the "Ale for the Trail." Those funds, as well as proceeds from Ride for the River, support trail projects, including our Safe Crossings program, which  improved signage and markings at road crossings. 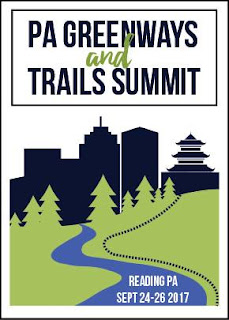 Along with Berks Nature, we co-hosted the 2017 PA Greenways and Trails Summit from September 24-26 at Reading's DoubleTree by Hilton. The feedback was overwhelmingly positive from this event, which was attended by 250--a record number--trail enthusiasts, professionals and advocates. Deputy Director Tim Fenchel helped lead the organizing committee, which put together three key-note presentations, 32 breakout sessions and 8 off-site workshops.

October: A New Trail Coordinator and... 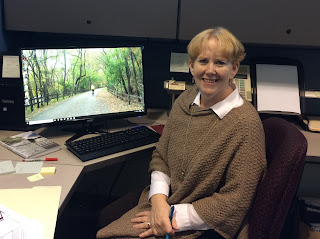 We welcomed Julia Farrell Hurle as our new Trail Program Coordinator, a two-year William Penn Grant funded position. She is working in concert with our Trail Manager Bob Folwell. Her duties are two-fold: helping to get new sections of trail built, and connecting more people to the trail. 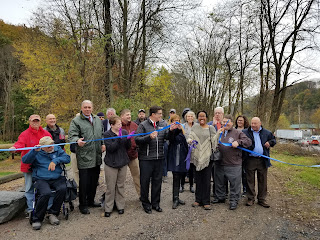 We cut the ribbon on a new 1.4-mile segment of the Schuylkill River Trail in Schuylkill County. About 30 people attended the ribbon cutting ceremony, including state, county and local officials. The new trail section is located between Tumbling Run Rd and Seven Stars Rd. near Mt. Carbon. The segment was built in part by the Heritage Conservation Corps, organized this summer by former Sustainability Coordinator, Tiara Campbell, who cut the ribbon. Learn more. 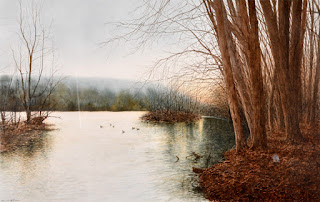 Our Scenes of the Schuylkill Art Show entered its 14th year featuring 98 original pieces of regional art inspired by the Schuylkill River corridor. The artwork was on exhibit at the Montgomery County Community College West Campus art gallery from Nov. 2-Dec. 17, and over 160 attended the reception. After the show closed, a selection of 15 pieces was moved to the Walk In Art Center in Schuylkill Haven, where they will be on display through January 31, 2018.

December: Our newest AmeriCorps VISTA and... 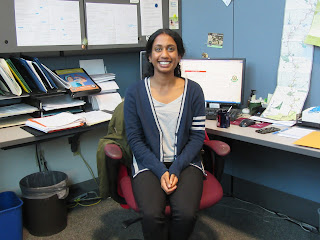 AmeriCorps VISTA volunteer Le’Santha Naicker joined our staff to serve as our Trail Sustainability Coordinator for one year. She will be continuing several projects initiated by our former VISTA members. Those include: organizing a Heritage Conservation Corps for trail building projects in Schuylkill County and continuing a Community Garden Initiative in Mahanoy City. She will also manage Project SOLO (Student Outdoor Leadership Odyssey), an environmental educational initiative aimed at middle and high school students. Learn more. 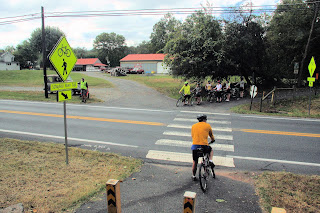 This one definitely falls into the last but not least category. We recently were awarded a PA Dept. of Conservation and Natural Resources grant totaling $516,501 for the construction of a Schuylkill River Trail pedestrian bridge over Route 724. The bridge will be located in Union Township near Monocacy Station. The total project cost has been estimated at about $1 million. An additional $325,636 has been secured from the Delaware Valley Regional Planning Commission and Schuylkill River Greenways will be applying to additional private and grant funding sources to make up the approximate $150,000 shortfall. We hope to begin construction in 2019. The bridge is expected to take one year to build.

What else we did
Posted by Schuylkill River Heritage Area at 9:04 AM No comments: