A Look Back on our 2013 Achievements

At the Schuylkill River Heritage Area, we are always working to fulfill our goals of using conservation, education, recreation, cultural and historic preservation and tourism as tools for community revitalization and economic development.  Here's a breakdown of our top 10 projects, programs and events for 2013. 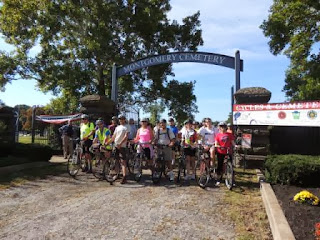 In September we held our Cycles & Cemeteries Ride, the second ride in our three-year Schuylkill River Trail Bike Tour Series.  It was a tremendous success, attracting 140 cyclists who participated in a 14 or 28-mile ride along the Schuylkill River Trail from Norristown to East Falls. It included tours of two historic cemeteries, Laurel Hill and Montgomery Cemetery, where Civil War notables are buried. Watch for information soon on our 2014 Pedaling Through our National Parks Ride. 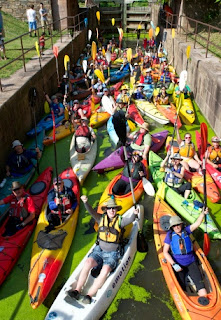 Over 200 paddlers  took the journey from Schuylkill Haven to Philadelphia in June, during the 15th Annual Schuylkill River Sojourn. with a record number, 59, making the full trip. This year's sojourn theme, A Civil War Odyssey, celebrated the region's role in the Civil War with programs at lunch and evening stops that featured re-enactors, informative presentations, Civil War music, and a  talk by Gettysburg National Park Superintendent Bob Kirby. The sojourn continues to be a popular event. Since its inception in 1999, over 3,000 registrants from 21 states and Canada have participated. 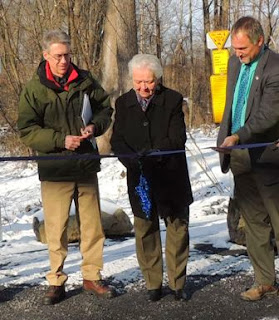 We cut the ribbon recently on a new section of trail in Bern Township that will eventually connect to the larger Schuylkill River Trail. The 2,100-foot length of new trail is small but beautiful. It will be expanded next year to a 2.5-mile trail, with construction of another off-road trail that will connect to the Bern Twp. section by a short on-road piece through Leesport. It is one of the first pieces of trail to be constructed along the 20-mile Reading to Hamburg stretch of the Schuylkill River Trail. Other notable trail projects we completed included: resurfacing a portion of the trail in Berks County, and adding mile markers from Stowe to Reading. We  also continued to grow our volunteer base, our Trail Ambassador program and our Sponsor-a-Trail and Adopt-a-Trail programs in Berks and Schuylkill Counties where we operate and maintain 28 miles of the trail. 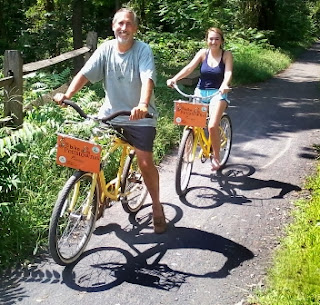 Bike Pottstown and Bike Schuylkill are completely free bike share programs that we have made available in three communities: Pottstown, Phoenixville and Hamburg. This year we expanded our commitment to the bike shares with a new website: bikeschuylkill.org. We also encouraged people to try the Bike Pottstown bikes by offering free water bottles to first time participants.


5. Launched a series of Lectures and Book Signings. 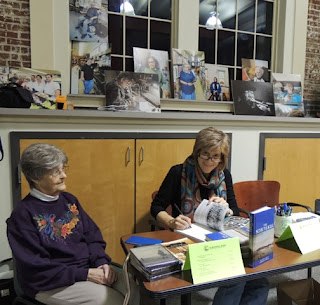 We held four book signings and lectures in 2013, in order to promote the region's history and environment, while drawing attention to local authors. Books featured were: The African American Experience at Valley Forge by Frances Delmar; More Trees Please, by Rich Wood; and Legendary Locals of Pottstown, by Sue Repko (shown above)  and Ed Berger. In addition, we also held two showings of the hour-long documentary The City Dark, about the loss of night. A final lecture, Pastors & Patriots: The Muhlenberg Family of Pennsylvania, by Lisa Minardi, was canceled recently due to the weather. It will be rescheduled in the spring. We are planning more lectures for 2014. 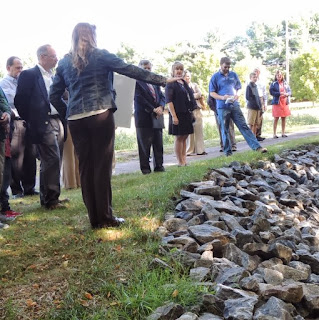 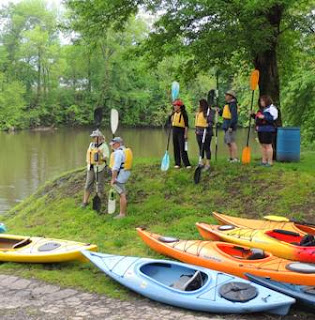 Our round-trip Pedal and Paddle biking/kayaking adventures continue to be among our most popular events. Since we introduced our first Pedal & Paddle in 2011, they have consistently sold out nearly as soon as we begin advertising them. In 2013, we held a total of five events, with one each month from May through September  Over the course of the summer, we took 75 people on a 4.5 mile ride along the Schuylkill River Trail in Pottstown, a tour of Historic Morlatton Village and a return trip via kayak. 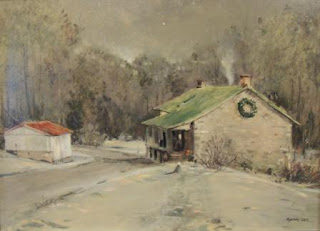 The juried Scenes of the Schuylkill River Heritage Area art show once again served as a showcase for regional talent that highlighted the beauty of the river valley. The show featured 83 original works, and hung in the Montgomery County Community College West Campus Gallery from Aug. 28 to Oct. 18. Over 100 people attended the opening reception. 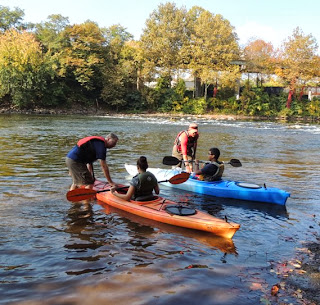 Our VISTA volunteer, Anesa Owen, who worked full-time in our offices through most of 2013, joined forces with the I-LEAD Charter School in Reading to develop the Schuylkill Outdoor Leadership Odyssey, a new educational program that connects at-risk urban youth to the outdoors and sparks their interest in environmental careers. The 14-week mentoring program for 9th & 10th graders consisted of weekly classes with guest speakers, as well as several field trips. It was highlighted by a kayaking trip down a section of the river in Reading. Although Anesa is scheduled to leave in February, the class will be continued in 2014.

10. Welcomed Hundreds of Visitors to our River of Revolutions Interpretive Center. 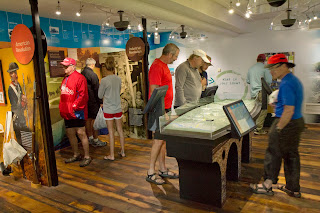 Our Interpretive Center,  which opened last year, has welcomed hundreds of visitors throughout 2013.  Located in our Pottstown headquarters, the River of Revolutions Interpretive Center serves as a visitors center for the entire Schuylkill River region. It has proven to have wide appeal, featuring interactive exhibits and colorful displays that offer information on river history, recreational opportunities, historic sites, environmental awareness and more.

A Peek at What We've Planned for 2014. We'll open an exhibit of Revolutionary War illustrations in February. Our 16th Annual Schuylkill River Sojourn will launch this spring. Our 11th Annual Scenes of the Schuylkill Art Show will open in the fall. And in September our 3rd Schuylkill River Trail Bike Tour, named Pedal Though our National Parks, will take cyclists on a two-day ride along the trail to three National Parks: Hopewell Furnace, Valley Forge and Independence. We're looking forward to a great year ahead!
Posted by Schuylkill River Heritage Area at 8:07 AM No comments: