Wow, 2015 was an amazing year here at the Schuylkill River Heritage Area. We saw our events grow in popularity and introduced new events. We created new opportunities for people to connect with the river. And we improved, promoted and celebrated the Schuylkill River Trail. Take a look at our Year in Review. We worked hard, accomplished a lot, and in the process, we can't deny it, we managed to have some fun. 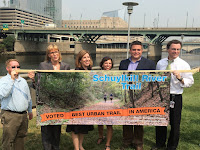 The Schuylkill River Trail was voted America's #1 Urban Trail in a USA Today Reader's Poll. We thought this was a big deal. So did a lot of our trail partners and top state officials. Over 100 people came to celebrate at Schuylkill Banks in Philadelphia. Speakers included Secretary of DCNR Cindy Dunn, Secretary of PennDOT Leslie Richards, Secretary of the PA DEP John Quigley and National Park Service Northeast Regional Director Mike Caldwell, as well as a number of other state and local officials.
2. Introduced an Ale for the Trail 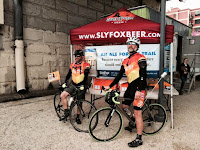 In April, we partnered with Sly Fox Brewery to introduce the new seasonal SRT Ale. Billed as an Ale for the Trail,  a portion of the proceeds went directly to the Schuylkill River Trail. Sly Fox launched it with a particularly fun event, the SRT SPREE. A two-person team traveled over 100 miles, covering nearly the entire length of the Schuylkill River Trail by kayak, bike, horseback and on foot. Overall, the beer was a great success. In September, Sly Fox presented us with a check for over $4,000 for our Schuylkill River Trail Safe Crossings project, improving areas where the trail intersects roadways. Look for more SRT Ale and a second SRT SPREE in April 2016. Learn more. 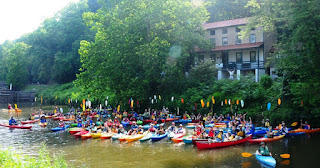 The 17th Annual Schuylkill River Sojourn was a record breaker. More people than ever before (74) made the full 112-mile trip  from Schuylkill Haven to Philadelphia. And  we filled each day with the maximum number of boats allowed on the water, 100-120, something we haven't done since the Sojourn's 10th anniversary in 2008. All those people on the water made for a particularly fun seven days. We are already planning the 18th Annual Sojourn for June 4-10, 2016, with special programming that will celebrate the Centennial of the National Park Service. Read more.


4. Began Construction on a New RiverWalk in Pottstown 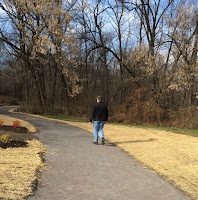 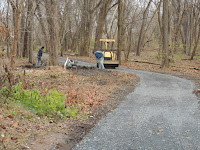 In November, work crews began construction on a new trail in Pottstown right outside our offices. The new multi-use, crushed stone trail spans a wooded area of Riverfront Park, right outside our office, creating a one-mile loop that links to the Schuylkill River Trail. It will feature a series of interpretive signs that offer information on local birds, woodlands, watersheds and more. Look for a ribbon cutting in the spring. 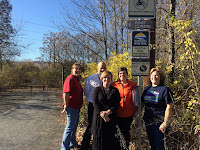 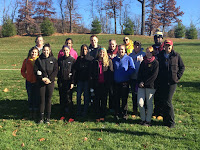 We rely on volunteers to help us maintain the Schuylkill River Trail in Berks and Schuylkill Counties, where we operate and maintain about 30 miles of trail. For that reason, we have a number of volunteer opportunities, including our Trail Ambassador program and Sponsor-a-Trail and Adopt-a-Trail programs. This year, thanks to our Trail Sustainability Coordinator Kaitlin Flahive, we added three new Adopt-A-Trail members, including Children's Home of Reading, Alvernia University students (shown above right) and White Deer Run Blue Mountain (above left), a residential treatment facility for adults. These groups will now clean up several miles of the Schuylkill River Trail in Reading and Hamburg. 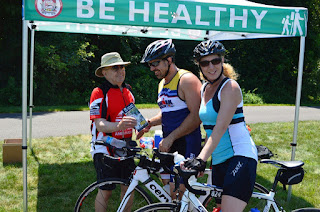 This summer, we printed 50,000 Schuylkill River Trail Maps that have proven to be incredibly popular. Our volunteers handed them out along the trail on August 1, and we have delivered dozens of cases to our partners and Gateway Centers. People keep asking for more. The accordion-style, full-color foldout brochures delineate the entire 130-mile trail, including planned, finished and on-road sections. On the flip side is information about amenities and attractions in trail towns. Find out where you can get a trail map. 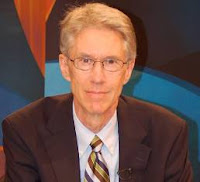 In June, we sadly said goodbye to our longtime Executive Director Kurt Zwikl (left), who retired after leading the Heritage Area for 12 years. We were pleased to welcomed on board Silas Chamberlin who was selected through an extensive search. Silas holds a doctorate in environmental history from Lehigh University, and formerly served as a regional advisor for the Pennsylvania Department of Conservation and Natural Resources. Prior to that time, he worked as senior director for the Delaware and Lehigh National Heritage Corridor. Silas has already brought a lot of positive energy to our organization and we look forward to more in the coming year. Read more.


8. Organized a Unique Colonial Dining Experience at a Historic Site 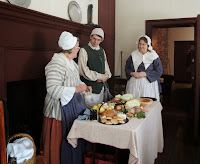 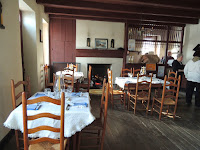 This spring we held a colonial dinner at the Historic White Horse Inn (c. 1762), in Morlatton Village, in Douglassville. The dinner featured a colonial inspired menu, a candlelit atmosphere, and waitstaff in period costume. Diners enjoyed harpsichord music and local wines and beer, as well as a hearth cooking demonstration. It was an enjoyable evening that received rave reviews from participants. Look for information soon about our next dinner at Historic Sunnybrook Ballroom on March 12! Learn more.


9. Continued our Commitment to Cleaning the River 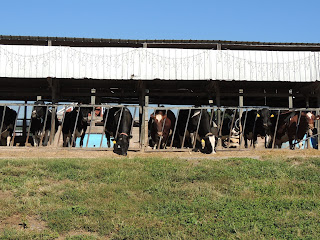 In September, we distributed $275,000 in Schuylkill River Restoration Fund grants to  projects that will improve water quality in the Schuylkill River and its tributaries. The grant announcement was held at the Rice Farm in Kempton, PA, where a restoration fund grant funded agricultural improvement projects that keep manure and other pollutants out of nearby Maiden Creek, which drains into the Schuylkill. Since the Restoration Fund was established in 2006 through a public/private partnership,  it has garnered more than $2.5 million and funded 73 projects that have reduced stormwater run-off, agricultural pollutants and abandoned mine drainage. 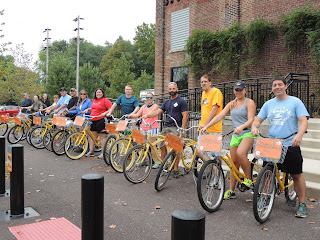 Our round-trip Pedal and Paddle biking/kayaking adventures continue to be among our most popular programs. For 2015, we held six events--including our first Hike and Paddle at Lock 60 along the Schuylkill Canal. All together we took a total of 95 people along the trail and on the river.  Since we introduced our first Pedal & Paddle in 2011, we have sold out nearly every session offered. Most Pedal & Paddles include a 4.5 mile ride along the Schuylkill River Trail in Pottstown, a tour of Historic Morlatton Village and a return trip via kayak. Our goal is to get more people to enjoy biking the trail, paddling the river and learning about the region's history. 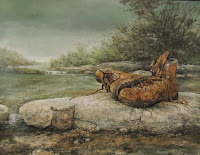 The Annual Scenes of the Schuylkill River Heritage Area art show continues to draw more excitement each year. This year, we had 163 works submitted, 93 of which were juried into the show. The exhibit, at the Montgomery County Community College West Campus Gallery, ran from Nov. 9-Dec 11. In January, we will display a selection of the art at Valley Forge National Historical Park in the Visitors Center.

For the past three years we have been fortunate enough to have VISTA workers serving one-year terms in our office, working as trail sustainability coordinators. They have created and expanded the Schuylkill Outdoor Leadership Odyssey, an  educational program that connects at-risk high school students to the outdoors and sparks their interest in environmental careers. This year, VISTA Kaitlin Flahive expanded the program to include schools in Philadelphia, Berks and Schuylkill Counties.  The 10 to12-week  program consists of classes with guest speakers, field trips and service projects. It was highlighted by a kayaking trip on the river. Kaitlin further impacted at-risk youth by partnering with the National Park Service to conduct Canoemobile programs that taught nearly150 students about the environment through hands-on activities. 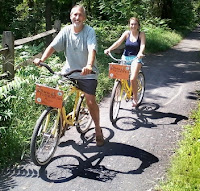 For 2015 we shared our Bike Pottstown and Bike Schuylkill cruisers over 1,000 times to people who used them for recreation along the Schuylkill River Trail and for transportation downtown. Available in three communities, Pottstown, Hamburg and Phoenixville, the bikes were borrowed by people from 10 different states, Ireland, Canada and Holland. Learn more.

We're already busy planning our next Fundraising Dinner for March 12, another SRT Spree in April, our 18th Schuylkill River Sojourn in June, Pedal and Paddle events throughout the summer, and a 40-mile round-trip Ride for the River bike ride along the Schuylkill River Trail. Visit www.schuylkillriver.org  to learn more.
Posted by Schuylkill River Heritage Area at 1:20 PM No comments: